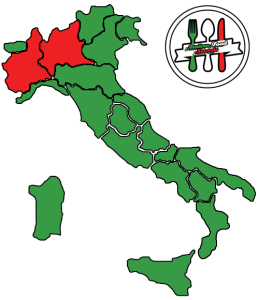 Gorgonzola becomes part of the official list of typical Italian products with the certification PDO (protected designation of origin) which was issued on 21 June 1996.
Being a product PDO certification requires that the entire production process must be carried out in the regions of Lombardy and Piedmont.
Gorgonzola cheese is a very old, some argue that the gorgonzola would be done for the first time in the resort of the same name near Milan, in the year 879. According to other birth took place in Pasturo in Valsassina, big dairy center for centuries, thanks to the presence of those excellent natural caves whose average temperature is constant between 6 ° C and 12 ° C and therefore allows the perfect success of blue cheese, as well as various other cheeses.
The town of Gorgonzola, in any case, remains the center of most famous, if not most of the production or trade for many centuries; in fact the first real name of gorgonzola was to “stracchino di Gorgonzola”, then better defined by its synonym for “green stracchino”.
The spread of the blue cheese, as slow when compared to the success of other cheeses, however, was constant at least as regards the area between Lombardy and Piedmont: both the Pavese as the Novarese are added in a massive way in Milan and to Comasco in the production of gorgonzola. Since the beginning of the ‘900 onwards gorgonzola savors its growing success, especially abroad, setting a record in exports with over 100 thousand tons annually cheese destined for England, France and Germany; while the first country prefers white gorgonzola flavor mild and slightly spicy, French and German expressly require that the pasta veined and strong taste, the so-called gorgonzola “two-paste”.
The dairies and many dairies scattered across the Po valley, collect milk from all farms and produce cheese that is then transported to the great centers of seasoning. Remain today about thirty companies well structured that in addition to working milk, seasoned in the gorgonzola lori modern facilities; stand out in large and medium complex. The production of recent years confirms the shift of the production. Among the three major producing provinces, Novara collects more than 45%, 22% Pavia and Milan 15%.
Gorgonzola is a raw cheese straw-white, whose green streaks are due to the process of marbling, ie the formation of mold. It looks so soft and creamy with flavor and distinctive, slightly spicy sweet type, stronger flavor and strong type whose spicy pasta is more veined, firm and crumbly.
To make the most of the creamy gorgonzola dolce, you should remove it from the refrigerator at least half an hour before eating.
The seasoning for at least 50 days for the sweet and more than 80 days for the spicy kind. 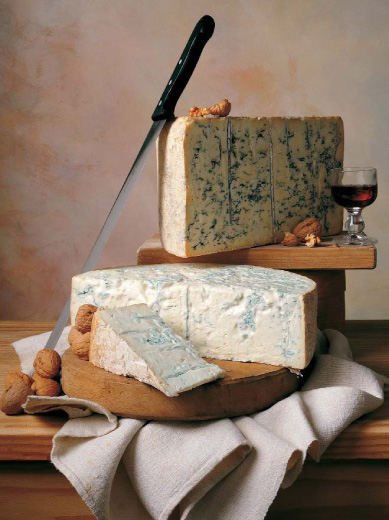