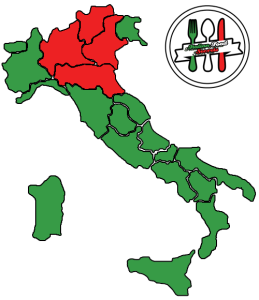 The Provolone becomes part of the official list of typical Italian products with the certification PDO (protected designation of origin) which was issued on 21 June 1996.
Being a product PDO certification requires that the entire production process must be carried out in the regions: Lombardy, Trentino Alto Adige, Veneto and Emilia Romagna.
Row and turns, is wound and modeled. Here’s how it worked today the curd in dairies of the Provolone PDO.
Spinning is still the crucial moment of processing Provolone PDO, comes out a tape, then wrapped on itself, and then modeled so that no air bubbles remain inside.
The shaping designates the shape (spherical, pear, mandarin, cylindrical, bacon, salami in) and the size (from a few hundred grams to over 100 pounds), as well as the type of rennet (bovine or ovine), which was was put in the milk will determine the PDO Provolone sweet or spicy.
The Provolone PDO comes from the family of string cheese, which are characterized by the technique of “spinning” of the curd, and have ancient origins. The first notes of this cheese dates back to the Middle Ages and indicate in southern Italy the birth of their particular production technology.
The Provolone PDO is the stringy cheese that has the greatest variety of shapes and weights of any other dairy product. The plasticity of the dough, characteristic of Provolone PDO during processing, allows dairymen to dabble in producing various forms weights than ever. So we distinguish four typical forms: a salami, a melon / pear, truncated cone, a flask that can be offered in weights ranging from 0.5 kg to over 100 kg.
A mention should also be devoted to the two types of Provolone PDO: “Sweet”, which is distinguished by the use of calf rennet and a seasoning of no more than 2-3 months; “Hot”, which is distinguished by the use of rennet paste kid and / or lamb and a seasoning which goes from a minimum of 3 months to over a year. 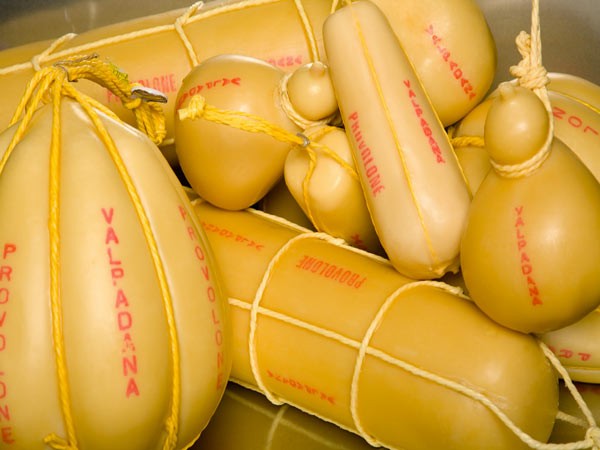