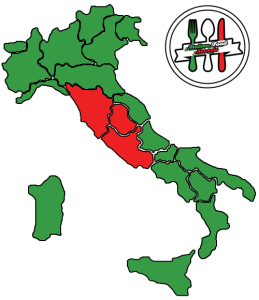 Pecorino Toscano becomes part of the official list of typical Italian products with the certification PDO (protected designation of origin) that was released July 2, 1996.
Being a product PDO certification requires that the entire production process must be carried out in the regions of Tuscany, Lazio and Umbria.
Tuscan Pecorino cheese is a PDO or a product to Protected Designation of Origin. He received the prestigious award by the European Commission in 1996, since then, is achieved according to the rules defined by the production regulations that ensure the product all the requirements to obtain the brand PDO.
PDO is the protection of exclusive productions related in glove with the territory of origin and the people involved in each stage of the production chain: from breeding cattle to the consumer’s table. This means that only the cheese, seasoned, packaged and distributed according to the rules contained in the Management Regulation of Pecorino Toscano PDO “Pecorino Toscano” and guarantees the consumer excellence of raw materials and production processes.
It ‘a soft or semi-hard cheese, made exclusively with whole sheep’s milk. The type has a fresh crusty yellow to pale yellow, a white paste, slightly pale yellow and a tender texture to the touch. The taste is fragrant, characteristic, called “sweet”. The cured product has a crust color from yellow to deep yellow, but depending on the processing (eg tomato, ash, oil) may also present black or reddish. The paste is pale yellow, fragrant flavor, intense, never spicy. It has a cylindrical shape with flat faces with a slightly convex.
Pecorino Toscano PDO is produced with the aid of modern technology, which faithfully reproduce procedures handed down through the centuries. The milk coming from flocks reared in the territory defined by the specification as a “home area”, is coagulated within 20-25 minutes from the start of processing at a temperature comprised between 33 and 38 ° C with addition of calf rennet. With the breaking of the curd, the lumps must reach the size of a nut in the case of the processing of the cheese soft paste, and a grain of wheat for the semi-hard cheese, after which the curd is placed in appropriate forms for the whey . The pressing is done manually or with stewing steam. The meat is salted in brine or by direct addition of salt. Finally, the wheels are put into the ripening rooms. The minimum stay is 20 days for the soft cheese and 4 months (minimum) for the semi-hard. 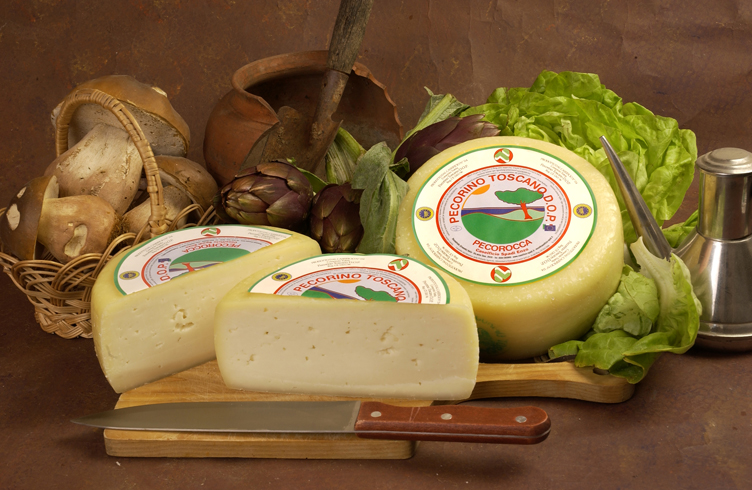