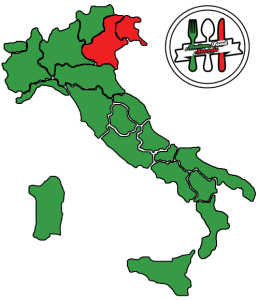 Montasio becomes part of the official list of typical Italian products with the certification PDO (protected designation of origin) which was issued on 21 June 1996.
Being a product PDO certification requires that the entire production process must be carried out in the regions of Friuli Venezia Giulia and Veneto.
Montasio PDO belongs to the large family of mountain cheeses. Born around 1200 in the valleys of the Julian Alps and Carnic thanks to the perseverance and intelligence of the Benedictine monks. A Moggio Udinese is the convent, now used by the Clarisse nuns, in which probably were refined and shows various techniques of production of their herdsmen of the area.
This production technology was soon a remarkable expansion in the valleys of the whole Carnia and in the Po-Friulano Veneta.
Montasio PDO is a cooked cheese, semi-hard, made exclusively from cow’s milk produced in the production area, its use is characterized by four ages:
– Fresh over 60 days of ripening
– Semi-matured over 4 months of ripening
– Aged over 10 months months of seasoning
– Stravecchio over 18 months of seasoning
The organoleptic characteristics of Montasio PDO are different depending on age. In fact eaten fresh, it tastes soft and delicate that remembers the milk from which it is produced; in-between the taste is more determined with specific characterizations of fullness; seasoned, assumes tastes particularly aromatic spiciness not too suitable for consumers who prefer tastes strong and determined.
In Montasio PDO young crust is smooth, elastic and compact, light brown; the dough is firm white or pale yellow. As we increase the curing period the crust becomes more dry and the pasta becomes grainy and crumbly.
The forms of Montasio PDO are identified by means of marks of origin that are placed around the wheel, through the repetition of the word “Montasio” obliquely. A second brand, the quality, seared by the Board of the Consortium, identifies the product with more than 100 days which is free from defects in maturation. 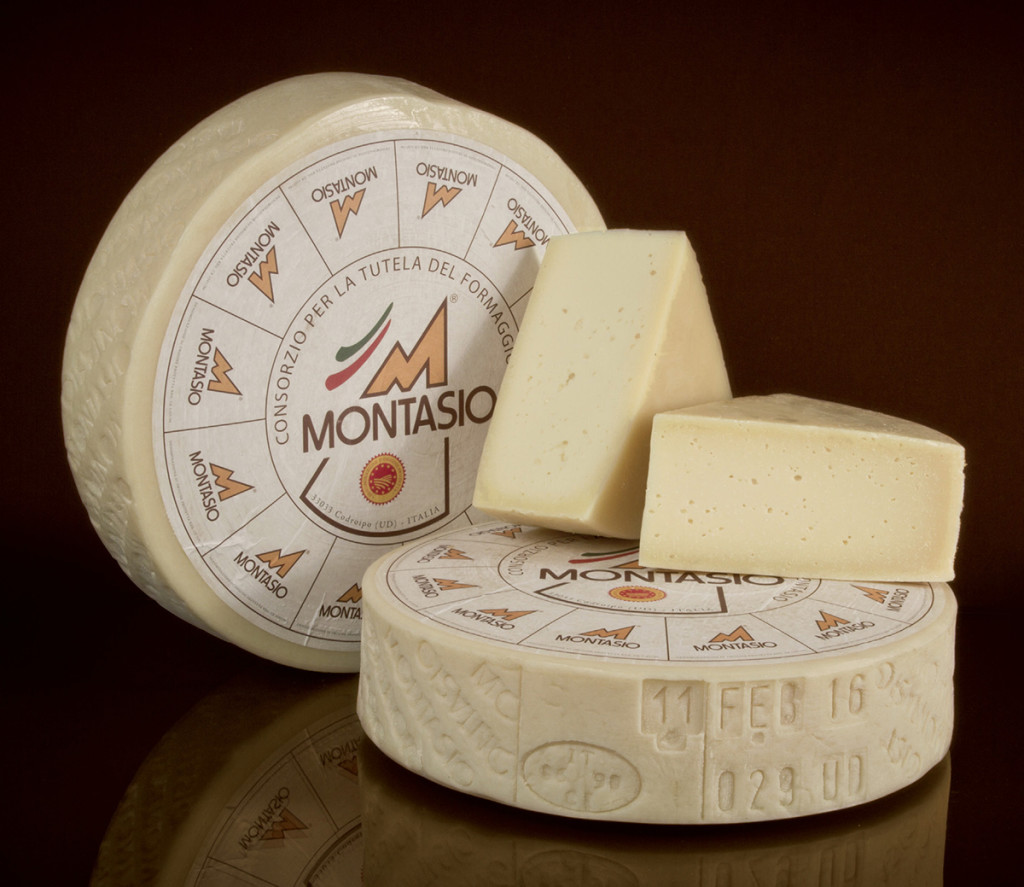