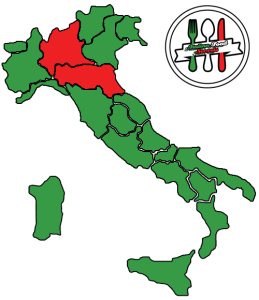 Parmigiano Reggiano becomes part of the official list of typical Italian products with the certification PDO (protected designation of origin) which was issued on 21 June 1996.
Being a product PDO certification requires that the entire production process must be carried out in the regions of Emilia Romagna and Lombardy.
Parmigiano Reggiano PDO is produced exclusively in the provinces of Parma, Reggio Emilia, Modena and the provinces of Mantua and Bologna, between plains, hills and mountains enclosed between the Po and the Rhine. And ‘in this territory that focus the four thousand farms where the cows are fed with fodder produced in this area.
Animal feed is carried out with respect to a rigid regulation. The constant checks on milk initiated the transformation have a clear goal: to maintain high quality and the particular characteristics that allow the Parmigiano Reggiano PDO to continue, as it always was, a natural product, absolutely no additives or preservatives.
Every day, the milk from the evening milking is left to rest until the morning in large tanks, which emerges spontaneously in the fat part, for the production of butter. Along with whole milk from the morning milking, just arrived from farms skimmed milk of the evening is then poured in typical copper vats shaped inverted bell, with the addition of calf rennet and whey, rich in natural starters obtained from processing of the previous day. The milk coagulates in about ten minutes. The curd that is presented is fragmented into tiny granules thanks to an ancient tool called a thistle. E ‘at this point that is passed to the cooking which reaches 55 degrees Celsius, after which the granules caseous precipitate to the bottom of the boiler forming a single mass.
After about fifty minutes, the cheese mass is extracted, with skilful movements, the cheesemaker. Cut in half and wrapped in the typical canvas, the cheese is placed in a fascera that will give its final form.
With the application of a casein, every form is marked with a unique number and progressive that accompany just like an ID card. After a few hours, a special band marking stamp affects the shape the month and year of manufacture, the serial number that distinguishes the dairy and the unmistakable dotted inscription on the whole circumference of the forms, which every few days are immersed in a saturated solution of salt and water.
Left to rest on wooden tables, the outside of the cheese dries to a natural rind, without treatments. The minimum aging is indeed of twelve months, and it is only then that you will tell whether each shape can keep the name that has been imprinted origin. 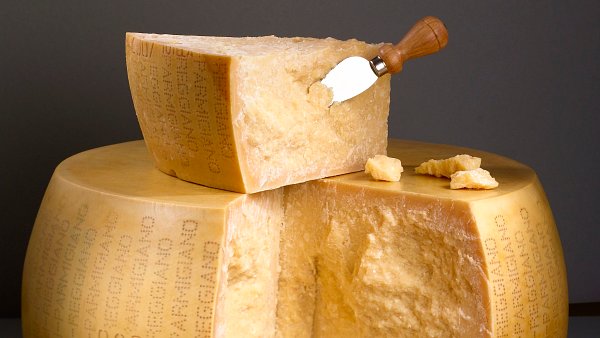