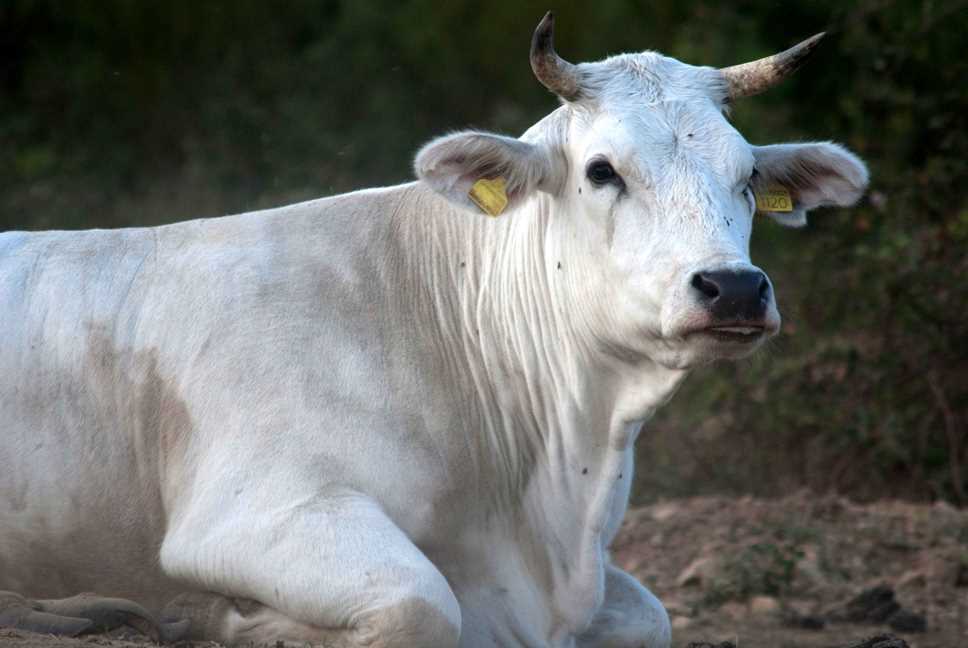 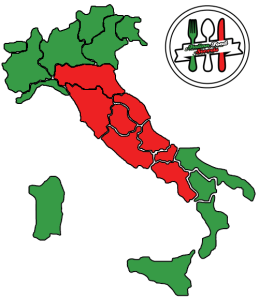 The White Bullock of the Central joined the official list of typical Italian products with the certification PGI (protected geographical indication) that was released on January 21, 1998.
Being a product of PGI certification requires that at least one phase of the production process should be carried out in the following Italian regions: Abruzzo, Emilia Romagna, Tuscany, Marche, Molise, Campania, Lazio and Umbria.
The Protected Geographical Indication, “White Bullock of the Central” is, to date, the only quality mark for fresh beef approved by the European Community to Italy.
“Beef” because this term were indicated beef cattle aged between 12 and 24 months. At this age the animals are young, and the meat of these races is very lean with a fatty acid composition very favorable supply modern.
“White” because the cattle of these races have the white coat that stands well on the skin-black slate that allows these animals to tolerate well the solar radiation of the typical environments Pasture. “Dell’Appennino Central” is the indication of origin, because this is the area where, traditionally, Chianina, Marche and Romagna are grown for over 1500 years, feeding on forage and feed typical of the area.
As provided in the product specification of the White Bullock of the Central PGI calves are followed from the first days of life and breastfed by their mothers until weaning that normally happens in five or six months old, then the food base is represented by fresh fodder or kept from herbaceous crops typical farming area.
The slaughter is carried out only between 12 and 24 months of age in authorized centers located within the production area.

CHIANINA
Among the breeds protected by the Consortium Chianina is perhaps the one that now enjoys a more noble and established itself thanks to the fame that has been able to win with the myth of the gastronomic “Florentine”. The Chianina, recognizable by the porcelain-white coat, the pigmentation of the muzzle and tongue, from the head light and elegant with short horns, is the world’s largest cattle. After 22 centuries of breeding in the middle valley of the Tiber and the Val di Chiana, the Chianina is widespread today in the hills and plains between Arezzo, Siena, Pisa, Perugia and Rieti.

MARCHIGIANA
Covered with a short coat, white and smooth, with gray accents on the shoulder, forearm and holes, the Marches bovine is identified for pigmented skin, the powerful but light head, short neck, gibbous in males, with dewlap reduced and the harmonious development of the various regions somatic. The history of the breed Marche, as we know it today, actually begins in the mid-nineteenth century when farmers Marche crossed the native bovine (derived from “Cattle Bighorn” arrived in Italy in the sixth century AD) with Chianina bulls for obtain a breed with greater ability to work and the production of meat.

ROMAGNOLA
The history of the breed Romagna has ancient origins if, as now seems certain, is derived from a bovine native to the great steppes of Central Eastern Europe. The arrival in Italy of cattle ancestors of the current Coast is dated around the fourth century AD with the invasion of the Lombards. The establishment in the regions of Romagna populations following the army and adaptation to the environment italic cattle brought by the Lombards, led to cattle Romagnolo we know today, whose breeding is widespread in the provinces of Forlì, Bologna, Cesena, Rimini , Ravenna and Pesaro. Recognizable from the mantle light gray, almost white, especially in females, with gray accents in different regions of the body, the animal Romagnolo can boast a remarkable muscular development, excellent conformation of the pelvis and a strong robustness of the limbs.