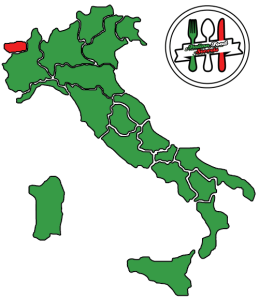 The Valle d’Aosta LARD D’ARNAD joined the official list of typical Italian products with the certification PDO (protected designation of origin) that was released July 2, 1996.
Being a product PDO certification requires that the entire production process must be carried out in the region of Vale d’Aosta.
The Valle d’Aosta Lard d’Arnad PDO, is obtained from the National spallotto pig, whose weight before slaughter should not be less than 160 kg. After making the whole process of grooming and trimming techniques remained strictly craft and respecting an ancient tradition, is salted lard and its subsequent aromatization, which is made with herbs that for the most part are harvested in the mountains surrounding the town of Arnad.
Lard, after being placed in typical and special containers made of oak and chestnut called “Doil”, is covered with an exclusive brine. The Doil are then placed in special cells salting where they remain for a minimum period of three months, after which the lard is certified PDO.
This fat is mainly characterized by two elements: the first is the feeding of pigs from which you get, which is based on chestnuts and vegetables; the second is the seasoning, for which they are used salt, herbs, spices, and herbs of the mountains.
The Valle d’Aosta Lard d’Arnad PDO is a product of the form in pieces of different sizes depending on the cut with a height of not less than 3 cm, made from lard shoulder and back of pigs at least nine months of age . Each piece retains on the rind. The exterior is white in color with the possible presence of a thin layer of meat, while the heart is normally light pink without veins. In past centuries, there was a highly developed culture of lard, following specific methods of production and conservation, even now used by local workers. The best method for prolonged storage of fat is to cover it with white wine and place in sealed containers.
Traditionally the Valle d’Aosta Lard d’Arnad PDO is tasted with the characteristic dark bread Val d’Aosta, the “pan dur”, smeared with honey, which enhances the flavor pleasantly sweet. However, although it has always been mainly used as a condiment, recently the lard was “discovered” as a starter, but also as an ingredient for the preparation of dishes typical local. 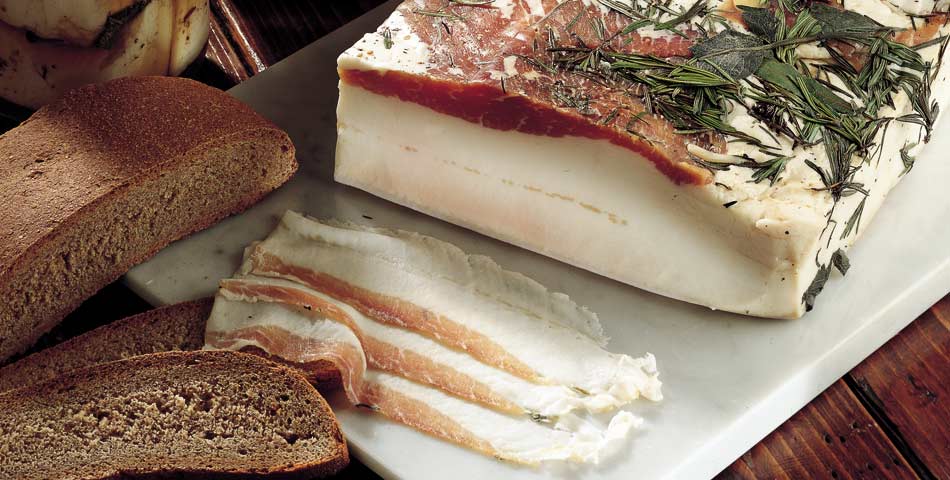