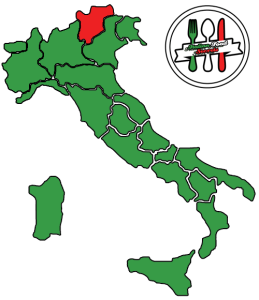 Speck South Tyrol joined the official list of typical Italian products with the certification PGI (protected geographical indication) that was issued on 21 June 1996.
Being a product of PGI certification requires that at least one phase of the production process should be carried out in the region of Trentino Alto Adige.
The Speck Alto Adige PGI owes its typical taste mainly to its production area: South Tyrol. Here culture Alpine and Mediterranean create a unique marriage and only here nature gives an atmosphere so special, with lots of sun and lots of fresh air. In the northernmost province of Italy, Mediterranean climate meets the Alpine landscapes and the typical atmosphere of the mountains.
While in the northern Alps ham is preserved by smoking, and to the south, it is left to dry in the open air, the South Tyrol have combined two methods: lightly smoked and cured in the fresh mountain, as tradition peasant.
It all starts with the selection of the raw material. The production takes place in the Speck Alto Adige in a precise specification. Several factors combine to make the bacon a specialty: it from pigs, slaughter and meat seasoning.
For this reason, for the Speck Alto Adige PGI are used only lean pork legs, firm and from farms in keeping the species. The thighs are selected according to strict quality criteria and cut according to traditional methods. For the production of Speck Alto Adige PGI can not be used or imported animals or cuts of meat frozen.
The typical spicy crust gives the Speck Alto Adige PGI its aroma very special. When the pork legs are carefully sprinkled with salt and spices, is released into the air a scent of laurel, rosemary and juniper. Sometimes we add red garlic, coriander or cumin. While the basic ingredients for the salting of the ham, such as salt and pepper, remain the same, the mixture of spices change much from one manufacturer to another.
Before being smoked, the hams of Speck are corned dry for three weeks. During this time, the hams are turned several times, so as to allow the uniform penetration of the brine.
A decisive factor in the taste of bacon is smoking, even today is used mainly beech wood. After smoking, the Speck Alto Adige PGI needs time to develop its unique characteristics.
The duration of the curing depends on the final weight of the hams and is an average of 22 weeks. At this stage of the preparation process of the ham, bacon loses about a third of its original weight, and acquires its typical texture. During the aging, the prosciutto forms a natural layer of mold aromatic, which is removed at the end of the process. Mold protects speck during ripening, preventing it from drying out and forms a crust on the surface aromatic. So the Speck Alto Adige PGI won its typical flavor: delicate, balanced and with a subtle hint of nuts. 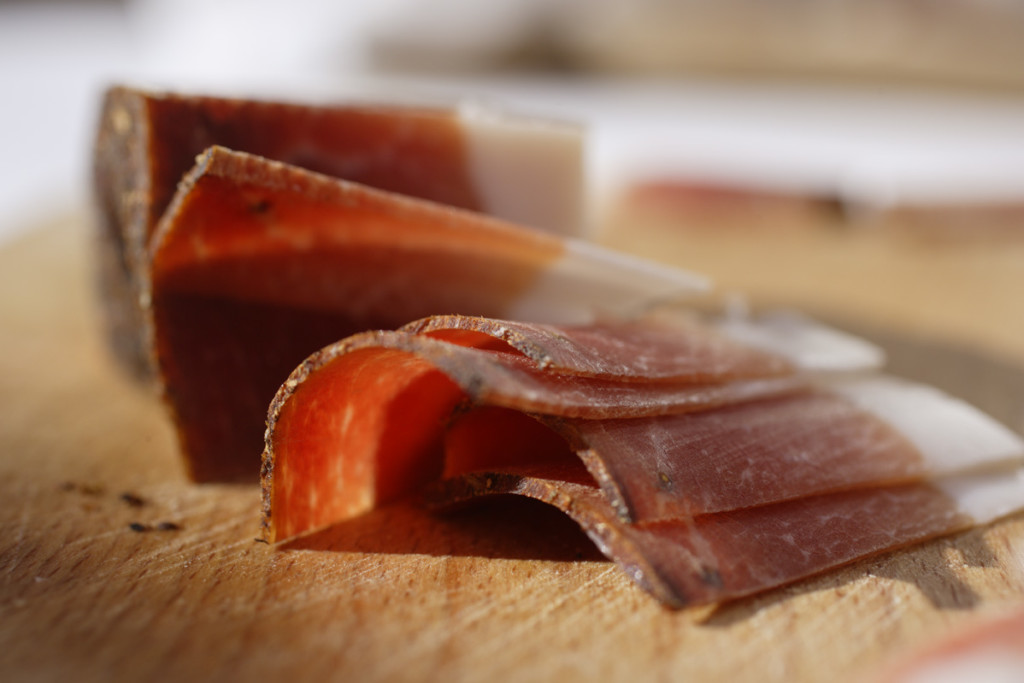