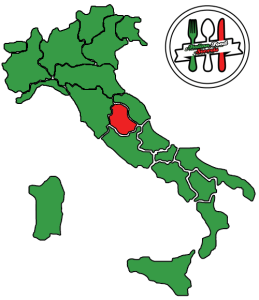 Prosciutto di Norcia becomes part of the official list of typical Italian products with the certification PGI (protected geographical indication) that was released on June 13, 1997.
Being a product of PGI certification requires that at least one phase of the production process should be carried out in the region of Umbria.
The history of Prosciutto di Norcia PGI is very old, made of hand skills and vocations crafts, traditions handed down for centuries and now inherent in the soul of the place. Many have asked why specialization in the processing of pork has developed in the countries of high Valnerina gravitating around Norcia. Pig breeding non-intensive was widespread in the mountain and hilly Umbrian since Roman times, thanks to the presence of forests and in particular of oak, where the animals were of course what they eat.
The specialization in the processing of pork and the manufacture of sausages, in particular, began to manifest itself in the high Valnerina spontaneously since the thirteenth century. During the twentieth century were emerging on-site producers who, while passing on the ancient craft practices, tried the dimensional shift towards the small industry, today is representative of the secular tradition norcina umbra.
Of the latter, the Prosciutto di Norcia PGI is the flagship product in 1997 was awarded the Protected Geographical Indication. The process involves the pork leg heavy adult, after being trimmed, is salted twice dry with sea salt and left so for about 15-20 days, after which the ham is left to rest for about 3 months. At the end of that period, the ham is washed in warm water, and hung for further three months to dry. After about six months it is first ripened: the ham is treated with a mixture of lard (fat, flour, salt and pepper), is then stored in a cool and dry. Achieved 12 months is carried marking PGI focus hams suitable, is renewed the mixture of suet and again left to mature. The marketing of prosciutto di Norcia PGI is made after 12 months of seasoning.
The correct appreciation of Prosciutto di Norcia PGI is due to a not taste salty but tasty, looks thin and inviting and nutritional characteristics of exception. 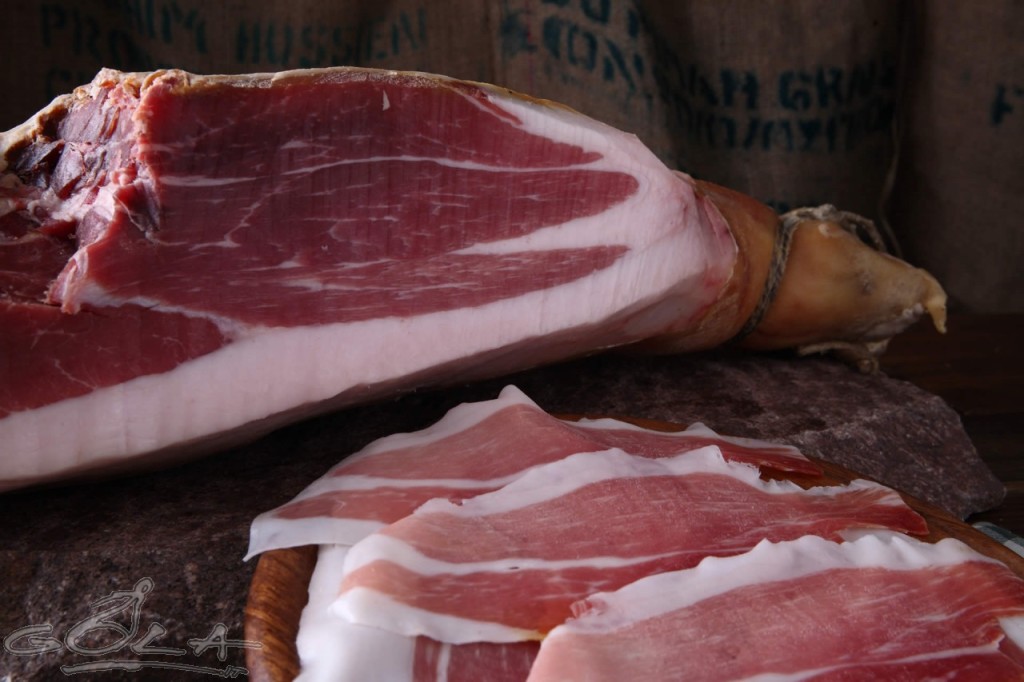