Ham Amatriciano joined the official list of typical Italian products with the certification PGI (protected geographical indication) that was released on 27 July 2011.
Being a product of PGI certification requires that at least one phase of the production process should be carried out in the region of Lazio.
The origins of ham Amatriciano PGI date back to the beginning of the last century, when it began to identify the product by the city of Amatrice. His story, however, has more ancient origins: an important production of hams in the area dates back to the Middle Ages, when the product was given a commercial value and were used as a bargaining chip. Its production area includes the administrative territory of 22 municipalities in the province of Rieti, all located below 1,200 meters above sea level
Is produced from fresh pork legs that are first trimmed and then salted in a process that takes place in two stages alternating with periods of rest. The thighs are then left to rest, washed, dried and, finally, we proceed with the sugnatura, ie the distribution on the exposed surface of the thigh (the one not protected by rind and fat) of a paste consisting of: pork fat and / or fat and / or lard finely crushed sea salt, spices (black pepper and / or white pepper and / or garlic) and cereal flour and / or rice cream. Now begins the real maturing phase in which the individual lots of ham they stop at least until the 12th month from the date of the first salting.
Ham Amatriciano PGI has a very broad base and round. When cut, the slice has to have an elastic and compact, pinkish-red interspersed with white marbling of fat. The flavor is fruity and intense, accentuated by maturation relatively long. 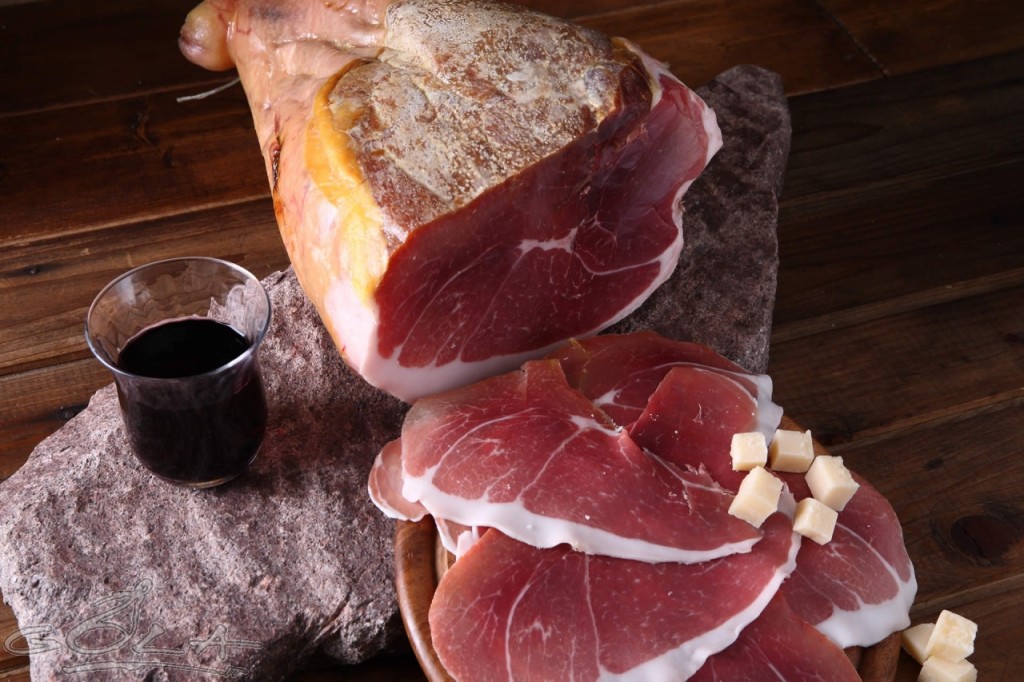