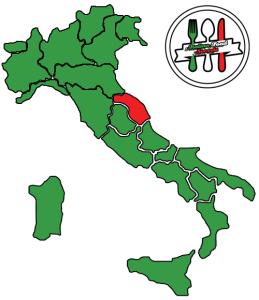 Ciauscolo becomes part of the official list of typical Italian products with the certification PGI (protected geographical indication) that was released on 11 August 2009.
Being a product of PGI certification requires that at least one phase of the production process should be carried out in the Marche region.
Ciauscolo PGI is the typical sausage of the Marches, and its production area includes the province of Macerata and communes in the provinces of Ancona, Ascoli Piceno and Fermo.
The product is closely linked to the country tradition, and to this is added the particular climate of the defined area that has a continental pre-eminence.
Ciauscolo PGI is made from quality cuts such as bacon, shoulder, trimming of ham and loin of adult pigs. The mixture is added a mixture of salt, ground black pepper, wine and crushed garlic, in varying amounts according to the recipe manufacturer. The mixture obtained is homogeneous and has an almost creamy texture. After a first drying stage, for a period ranging between 4 and 7 days may be lightly smoked and then aged for at least 15 days in climatic conditions strictly defined by the product specification.
Ciauscolo PGI is known for its spreadability feature that distinguishes it from other sausages. According to the etymological definition of the name ‘ciauscolo, ciavuscolo’ derives from ‘ciabusculum’ ie little food or small meal or snack consumed in small doses; In fact, in the tradition of peasant eating in between breakfast and lunch and between lunch and dinner.
Compared to all other meats, the Ciauscolo PGI is not sliced ​​but is “spread” on bread. The color is pink, the scent is delicate and aromatic, with a slight hint of spices, the taste is rich and very tasty. 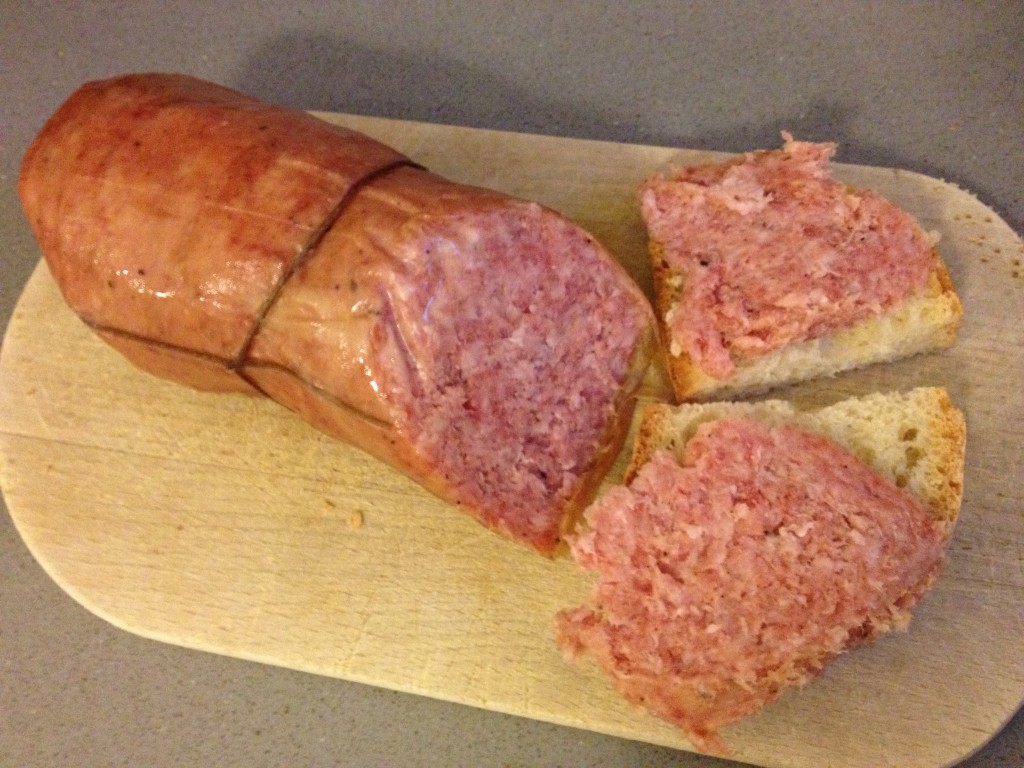