Variegated Radicchio of Castelfranco joined the official list of typical Italian products with the certification PGI (protected geographical indication) that was released July 2, 1996.
Being a product of PGI certification requires that at least one phase of the production process should be carried out in the Veneto region.
The area of ​​production, processing and packaging of Variegated Radicchio of Castelfranco PGI includes the territory of several municipalities in the provinces of Treviso, Padua and Venice.
The production is then placed in the central plains of the Veneto, characterized by warm summers and winters quite rigid. The soil is fertile and particularly rich in water, it comes from the fact crossed the so-called “line of springs” that divides the upper from the lower plains.
Variegated Radicchio of Castelfranco PGI is called the flower or the rose that is eaten for its beautiful form. Its main vocation remains one of the salad thanks to the play of colors, however, more and more, is used to invent imaginative recipes and choreographic.
Its main feature lies in the expanded leaves with veins not very prominent, and jagged edge flap slightly wavy. Beautiful in form and beautiful colors with leaves creamy white, is characterized by the flavor that goes from sweet to pleasantly bitter, very fresh and delicate.
It is particularly rich in calcium, iron, phosphorus, magnesium, and with a high percentage of vitamins A, B2, C and PP.
Its origin is due from the intersection of the radicchio and escarole, production is complex and must be accurate within the time and in the techniques. Harvesting begins October 1, then follow the processes for the bleaching that will produce the taste, crispness, color and shape that make this so special chicory. 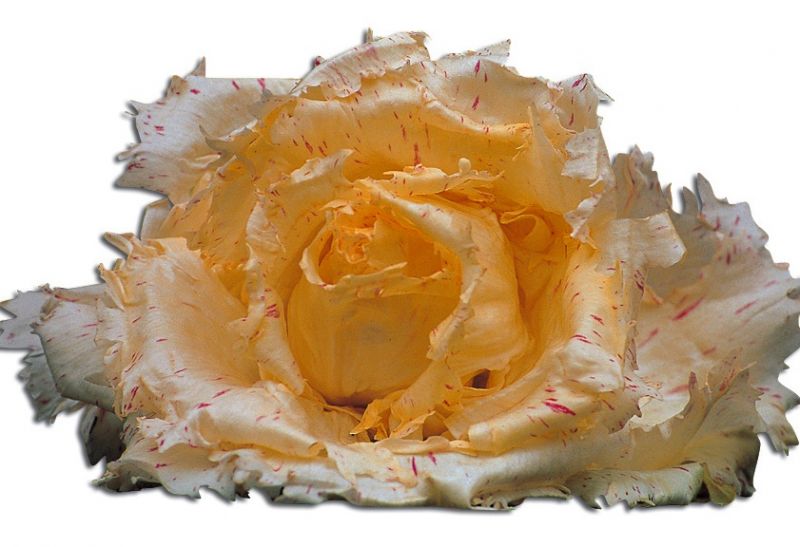