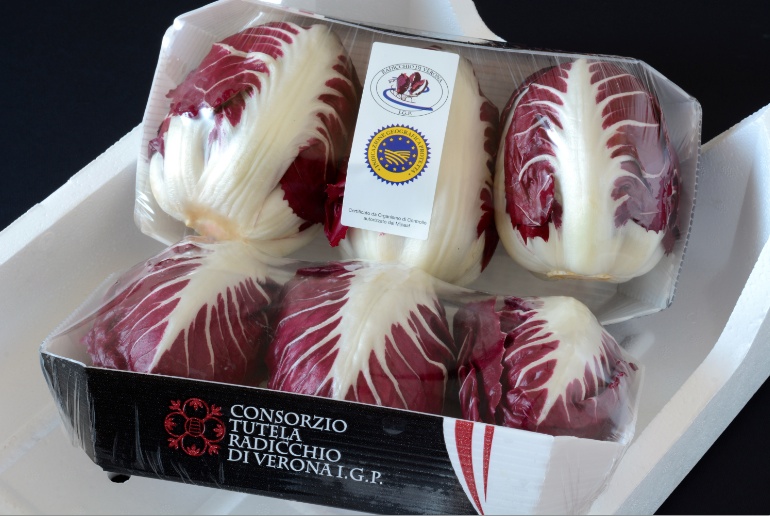 Radicchio of Verona joined the official list of typical Italian products with the certification PGI (protected geographical indication) that was released on February 3, 2009.
Being a product of PGI certification requires that at least one phase of the production process should be carried out in the Veneto region.
The production area of ​​Radicchio of Verona PGI includes some municipalities in the Province of Verona, Vicenza and Padua.
Radicchio of Verona PGI has an elongated oval shape, compact leaves of intense dark red decorated with a white midrib, very developed.
Radicchio of Verona PGI may be “premature” and type “late”. The production zone extends through the band of the low Veneto, is made up of alluvial soils, sandy, rich in organic matter, fresh and with a climate characterized by very hot and muggy summers and cold winters and foggy with high annual temperature range.
Repeatedly labeled as “red gold of Lower”, is distinguished from other products in the same category for the particular crispness of the leaves, the intense red color and the slightly bitter taste. Its characteristics allow it to use a wide-ranging , from appetizers to desserts, from raw as cooked.