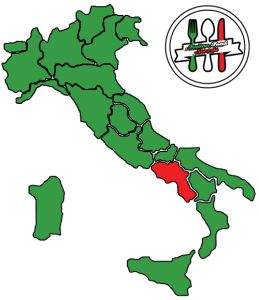 The Brown of Roccadaspide becomes part of the official list of typical Italian products with the certification PGI (protected geographical indication) that was released on March 28, 2008.
Being a product of PGI certification requires that at least one phase of the production process should be carried out in the region of Campania.
The production area of ​​”Marrone di Roccadaspide PGI is located in the province of Salerno and particularly in facility that includes Alburni, Calore Salerno and part of Cilento, coinciding largely with the Park of Cilento and Vallo di Diano. The municipalities involved are 70, even if the territory is considered only one place above 250 meters above sea level.
The Brown of Roccadaspide PGI, named ecotype hence, is part of the genetic group of chestnuts in Campania related to cultivar mother “Marrone di Avellino”.
The distinctive features of the Brown of Roccadaspide PGI are represented by a mean size of the fruits (80-85 fruits per kg) of mainly semi-spherical shape, sometimes rounded. The rind (pericarp) is thin and brown color brown, reddish tended, with dark striae inconspicuous, easily detachable. The seed has a episperm thin, smooth, little depth in the seed, enough adherent polyembryon with less than 5% and milky-white flesh, consistent. A distinctive character of this product is the high content of sugar which makes it very pleasant for the consumption of fresh and crunchy and not very floury texture.
For good organoleptic characteristics, the industry uses them primarily for the production of marron glacé, jams, chestnut rum, puree. Delicious desserts of the local tradition using these chestnuts as raw material quality.
The richness of the chestnut in these areas was not limited only to the production of the fruit: it has been the main source of fuel, building materials, to create furniture, as well as firewood.