The Brown of San Zeno becomes part of the official list of typical Italian products with the certification PDO (protected designation of origin) which was issued on 12 November 2003.
Being a product PDO certification requires that the entire production process should be made in the Veneto region.
The area of ​​production and processing of Brown of San Zeno PDO includes a well defined portion of territory, between Lake Garda and the Adige river, in the municipalities included in the mountain community of Monte Baldo: Brentino-Belluno, Brenzone, Caprino Veronese, Costermano , Ferrara di Monte Baldo and San Zeno di Montagna.
The Brown of San Zeno PDO represent about 40% of the total production of brown in the Monte Baldo Veronese. The fruits that “earn” the PDO come exclusively from traditional local varieties Brown, who is in the band Castanetum, between 250 and 900 meters above sea level. This type has been selected in the area of ​​origin by chestnut trees belonging to indigenous landraces and propagated in time by the producers agamically, ie with a reproductive system that produces in fact identical to the individual generating clones.
The Brown of San Zeno PDO can not have more than 3 fruits per husk, can have a variable size, but with a number of fruit per kg of not more than 120 and not less than 50, has an ellipsoidal shape, with apex slightly detected, predominantly convex side faces, but characterized by different degree of convexity, Hilum similar to a circle crushed tending to rectangle that does not extend to the sides, of a lighter color of the pericarp. The pericarp is thin, shiny, light brown with darker streaks, highlighted in the sense median, the episperm (film) thin slightly penetrating into the seed, which comes off easily peel and finally the black seed straw yellow , slightly corrugated, mellow and sweet taste.
The collection takes place exclusively during the autumn and can be carried by hand or by mechanical means, such as to safeguard the integrity of the plant and that of fruits. The yield maximum is set at 30 kg of fruit per plant and 3.6 tonnes per hectare.
Fruits harvested undergo care treatments using traditional methods, such as the “novena” and “rissara”. The first is to rest the brown in cold water for 9 days, changing part or all of the water every 2, without addition of any additive. The rissara instead, always practiced on these mountains, is to collect as outdoor fruit and curly for 8-15 days. In both cases, the aim is to open a natural fermentation and preserve the fruit by fungi, mold and parasites. The product is arranged in the fresh state in a sealed package so as to prevent the extraction of the fruit. 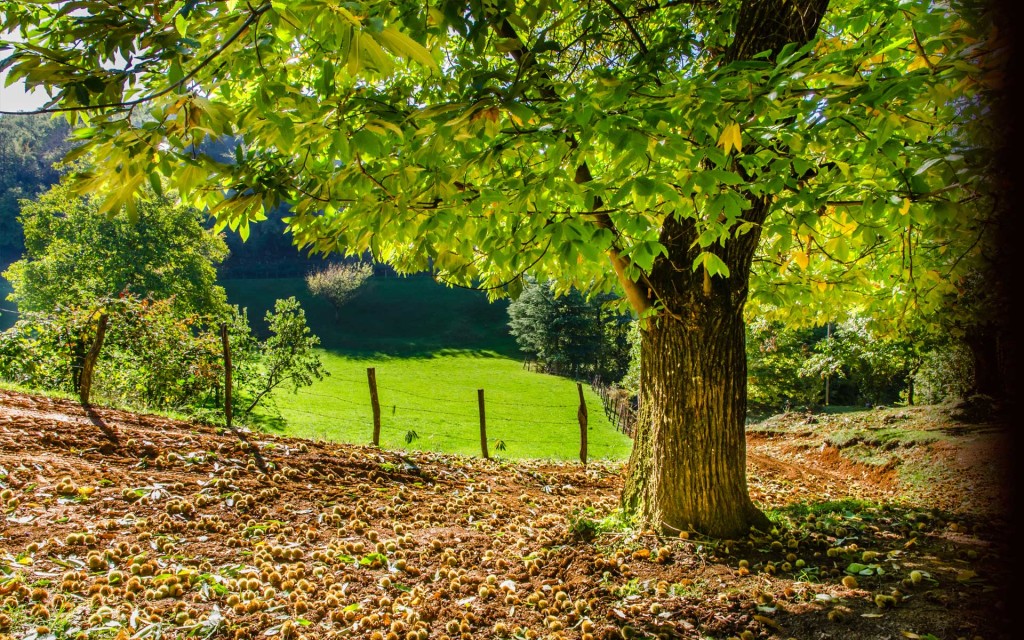