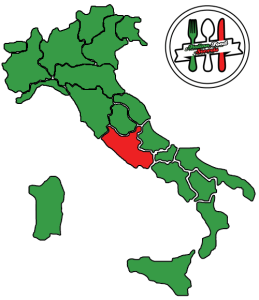 The Chestnut Vallerano joined the official list of typical Italian products with the certification PDO (protected designation of origin) that was released on 8 April 2009.
Being a product PDO certification requires that the entire production process must be carried out in the region of Lazio.
The production area of ​​Vallerano Chestnut PDO is the territory of the municipality of Vallerano in the province of Viterbo. A Vallerano there are about 635 hectares of chestnut trees. The first written evidence of the cultivation of Chestnut Vallerano date back to 1500, but the caves of tuff for the conservation of chestnuts and “Radicci” (small buildings for drying chestnuts) scattered in the woods, suggest that the economy and the ‘supply linked to this product goes back much further back in time.
The Chestnut Vallerano PDO has a small size (96-120 achenes / kg), medium (71-95 achenes / kg) and large (50-70 achenes / kg). The shape is mainly ellipsoidal sometimes globular, with pointed apex ending with residues stylar (flashlight) and a Hilum quadrangular, generally flat. The pericarp is easily detachable thin, brownish-reddish, with episperm buff. The seed, almost devoid of grooves on the surface, has white flesh, crisp and pleasant, sweet taste very resistant to cooking. 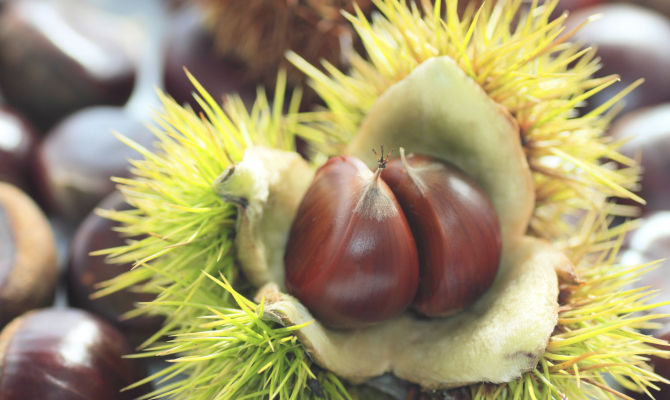