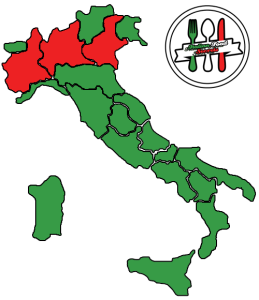 Taleggio becomes part of the official list of typical Italian products with the certification PDO (protected designation of origin) which was issued on 21 June 1996.
Being a product PDO certification requires that the entire production process must be carried out in the regions of Lombardy, Piedmont and Veneto.
Taleggio PDO is a cheese of ancient origin, perhaps prior to the tenth century. Documents dating back to 1200 refer to the trade and to trade which was the subject Taleggio, along with other cheeses. The area of ​​origin is Val Taleggio, hence the name of the cheese, in the province of Bergamo. The villagers having the need to store milk in excess of the direct consumption, began to produce cheese that, once matured in “caves” or in mountain huts and could be exchanged for other products or marketed. Growing more and more consumption of Taleggio, production has gradually expanded in the Po Valley, where they started to operate many dairies, generally small and medium-size, which have managed to balance the traditional production technology, its ongoing substantially the same, with technological innovations that continued in almost a thousand years of history.
Today the area of ​​production and maturation of Taleggio PDO is Lombardy (in the provinces of Bergamo, Brescia, Como, Cremona, Lecco, Lodi, Milan, Pavia), Piedmont (Novara) and Veneto (Treviso) .
Taleggio PDO is one of Italian cheeses whose characteristics are protected by the European Union, and that is why the supply of milk, the production and maturation are permissible only in the area indicated by Italian and Community legislation.
Any form of Taleggio PDO weighs from 1.7 to 2.2 kg, according to the technical conditions of production. The shapes are rectangular parallelepiped, with sides of 18-20 cm and 4-7 cm tall straight sides.
The crust is thin, soft texture and natural pink color, with the presence of mold features gray and green – light sage.
The dough is smooth and compact, softer under the rind and the end of seasoning, more crumbly in the center of the shape.
The color of the cheese varies from white to straw, with a few small holes.
The flavor is sweet, with a slight acidity, slightly aromatic, sometimes with truffle aftertaste; the smell is distinctive. 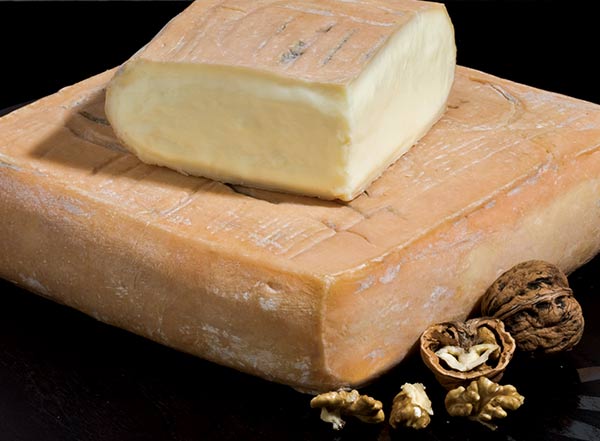