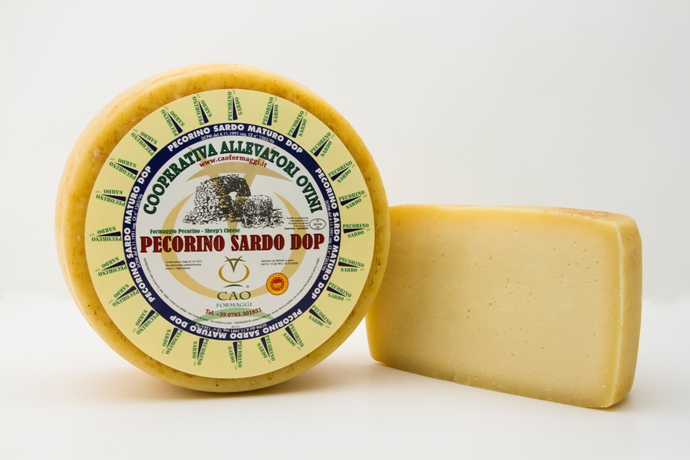 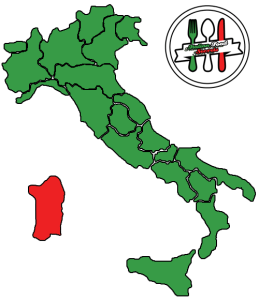 Pecorino Sardo becomes part of the official list of typical Italian products with the certification PDO (protected designation of origin) that was released July 2, 1996.
Being a product PDO certification requires that the entire production process must be carried out in the region of Sardinia.
Pecorino Sardo PDO cheese is one of the oldest of Sardinia and has a long history, which traces its roots to the times of the population Nuragica: population devoted to the breeding of sheep rather than agriculture. At the time of the Carthaginians, and then the Romans, Sardinia became a major center of wheat production in the Mediterranean. The forests left well placed to wheat, but also grazing, which spread rapidly due to the particular and very favorable environmental and climatic conditions of the island where natural meadows, covered with a rich and varied vegetation bushy represented then, just like today, an important food source for sheep reared on the island.
And ‘especially between the late 800 and early’ 900 that begin to spread new methods of production of Pecorino Sardo: it introduces the use of the thermometer, filtration of milk, the use of liquid rennet titrated and modern machinery . It also introduced important technological innovations to improve the hygienic conditions of transformation, the rationalization of heat treatment, the semi-cooked, the use of the natural cultures of lactic acid bacteria and rennet. This is partly because of the fact that the new and larger markets that open horizon, require safe products from the point of view of sanitation, with organoleptic qualities defined and easy convenience. For this reason, since the ’60s, there was a continuous refinement of the technology characteristic of production of PDO Pecorino Sardo comes to this day, but always in full and more comprehensive than the teachings of tradition.
Pecorino Sardo PDO Mature, is cylindrical with flat faces with straight sides. The rind is smooth, firm, brown in more mature. The paste is white, tending towards maturing to yellow, compact or with sparse holes, strong taste and pleasantly spicy. The shapes, the maturing of not less than 2 months old, weighing about 3 kg, but may even reach 4 Kg
Pecorino Sardo PDO Dolce has a cylindrical shape with flat sides barefoot straight or slightly convex; has a smooth crust, thin and white or pale straw. The paste is white, soft, compact or with sparse holes, sweet and aromatic. The forms, whose maturity is 20 to 60 days, weigh around 2 kg.