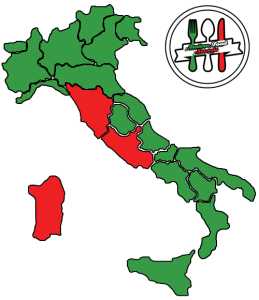 Pecorino Romano joined the official list of typical Italian products with the certification PDO (protected designation of origin) which was issued on 21 June 1996.
Being a product PDO certification requires that the entire production process must be carried out in the regions: Lazio, Tuscany and Sardinia.
Few cheeses in the world boast such ancient origins as the PDO Pecorino Romano. For over two thousand years the sheep that graze freely in the countryside of Lazio and Sardinia, produce milk from which this cheese is made. Even the ancient Romans appreciated Pecorino Romano PDO, the imperial palaces was considered the right seasoning during banquets while his ability to long life made him a staple food rations during the travel of the Roman legions. The PDO Pecorino Romano is a hard cheese, cooked, made with fresh sheep’s milk, whole, derived exclusively from farms in the production area, possibly inoculated with natural lactic native of the production and coagulated with rennet lamb pasta derived exclusively from animals bred in the same production area.
It comes with a thin crust of light ivory or natural straw, sometimes covered with special protective foods neutral color or black. The paste of the cheese is slightly compact look and its color varies from white to straw more or less intense, in relation to technical production conditions. The taste of the cheese is aromatic, slightly spicy and savory in the table cheese, spicy intense in grating cheese. The shapes are cylindrical with flat sides, with the heel height of between 25 and 40 cm, and the diameter of the pot between 25 and 35 cm. The weight of the forms can vary between 20 and 35 kg. Pecorino Romano PDO may be marketed with a minimum aging of five months as a table cheese and 8 months in the type grating.
The processing of the PDO Pecorino Romano, limited to the regions of Lazio, Sardinia and the province of Grosseto, is the result of centuries of experience. The basic steps are still entrusted to the expert hands of the “cheese-maker” and “salatore”.
Fresh milk from sheep, from herds reared in the wild and fed on natural pastures, is transferred in machining centers with modern refrigerated tanks. On arrival in the dairy, the milk is measured, filtered and worked directly raw or thermised at a maximum temperature of 68 ° for no more than 15 “. Are so filled tanks where coagulation is added to ferment called “hot plug”, prepared daily by the dairyman using a methodology that has been handed down for centuries. The graft is one of the features of the Pecorino Romano and consists of an association of indigenous thermophilic lactic acid bacteria. Added the graft, the milk is coagulated at a temperature comprised between 38 ° and 40 ° using the lamb rennet paste. Determined the optimal hardening of the clot, the dairyman shall break it until clots curd do not reach the size of a grain of wheat. After cooling, the forms are submitted to the marking. The mark of the PDO is affixed with a matrix embossing on the form, in addition to the designation of origin of the cheese and the brand (the stylized head of a sheep), also the initials of the dairy producer and the date of production. 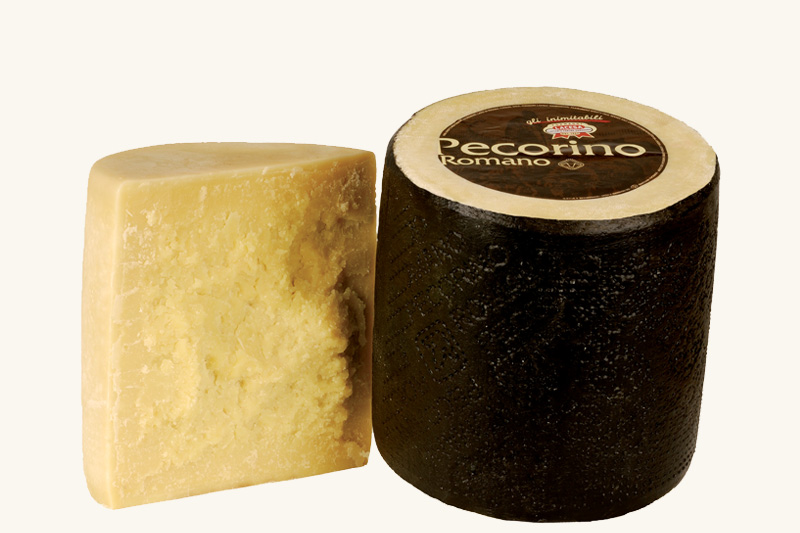