The Monte Veronese becomes part of the official list of typical Italian products with the certification PDO (protected designation of origin) which was issued on 21 June 1996.
Being a product PDO certification requires that the entire production process should be made in the Veneto region.
This delicious cheese was born in the northern part of the province of Verona, in the Monti Lessini and Monte Baldo and is suitable to meet every taste thanks to the three different types in which it is made.
The name “Mount” probably refers to the production technique, in which the milk was curdled came from more milkings; perfecting the production technique was especially Cimbric populations.
The Monte Veronese PDO Whole milk is a semi-cooked cheese, produced exclusively with whole milk and its aging varies from 25 to 60 days.
The Monte Veronese PDO of Allevo Mezzano is also a semi-cooked cheese but produced only with fat cow’s milk, and seasoning varies from 3 to 6 months.
The Monte Veronese PDO of Allevo Vecchio can be said that when the seasoning reaches about a year. 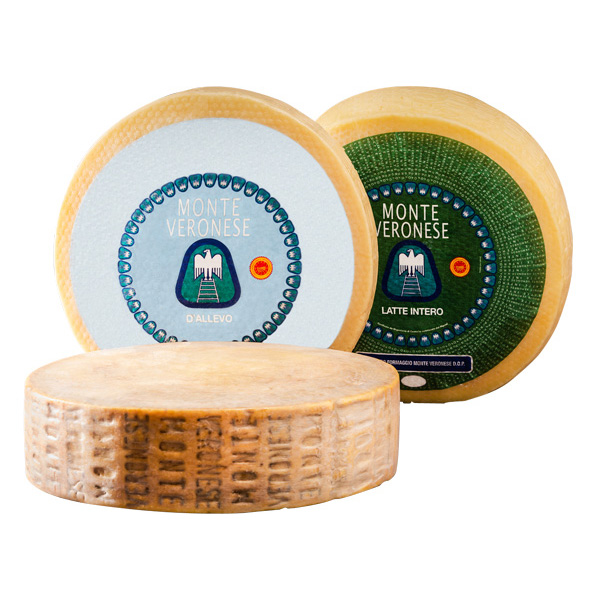