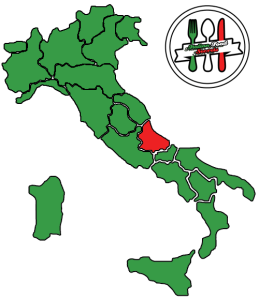 The Saffron Eagle joined the official list of typical Italian products with the certification PDO (protected designation of origin) that was released February 5, 2005.
Being a product PDO certification requires that the entire production process must be carried out in the region of Abruzzo.
The production area of ​​PDO includes a well-defined area of ​​the Province of L’Aquila. As part of the cultivation should be practiced on the land at an altitude of between 350 and 1000 meters above sea level
The Saffron Aquila PDO has been marketed as such in Italy and in the regions of Northern Europe contributing significantly to the affirmation of the culinary Abruzzo. For indoor areas saffron was for centuries one of the traditional sources of employment and income, like the sheep and marketing of wool.
The land where cultivate saffron Aquila PDO goes worked, trained and rested from November to August, when they host the bulbs during the transplant. The process begins in September with fertilization, soon after the soil is plowed to cover the manure and worked several times with milling.
In August, the bulb must be removed from the soil in which it is to be transplanted into the prepared soil. The task is to find out the ruts and take the bulbs that have already played. The bulbs removed are taken to a dry and cool place to be cleansed and selected. Husking is to remove the outer skins, leaving intact the internal ones. Immediately after the bulbs are divided according to size.
In August, making the transplant, placing the bulbs in the rase, each consisting of four rows. The bulb should remain buried neither too deep nor too shallow, and must be positioned with the tufts facing up.
The collection of Saffron Aquila PDO is repeated every morning at dawn, before the sun face open flowers, throughout the period of flowering, between the second half of October and the first of November. The work is done by hand and picked flowers are placed in wicker baskets.
The buffing is the separation of the stigmas and stamens from the flower campanulate. This work is performed by hand and must be completed by the evening, otherwise saffron Aquila PDO is likely to fail, and the harvest of the day compromise.
Finally drying is to put the stigmas of a sieve over a wood embers. This is the most delicate phase, if the stigmas remain too long on the fire risk of burn, if not dry well can rot in a few days. To this must be done on the day of collection. 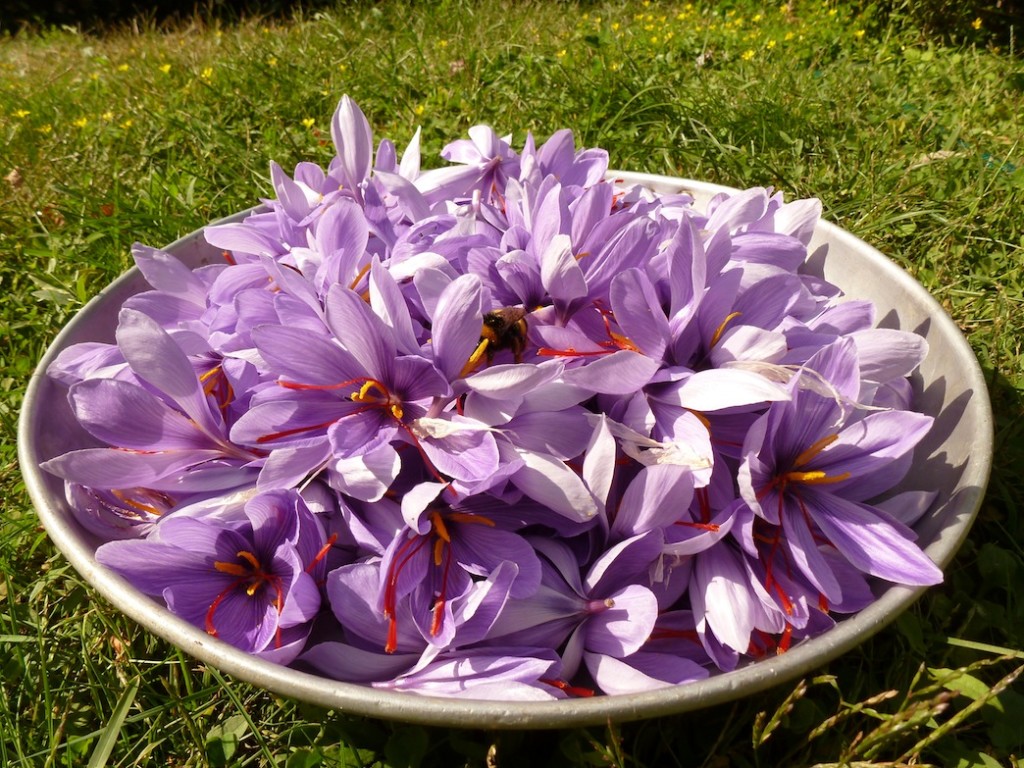